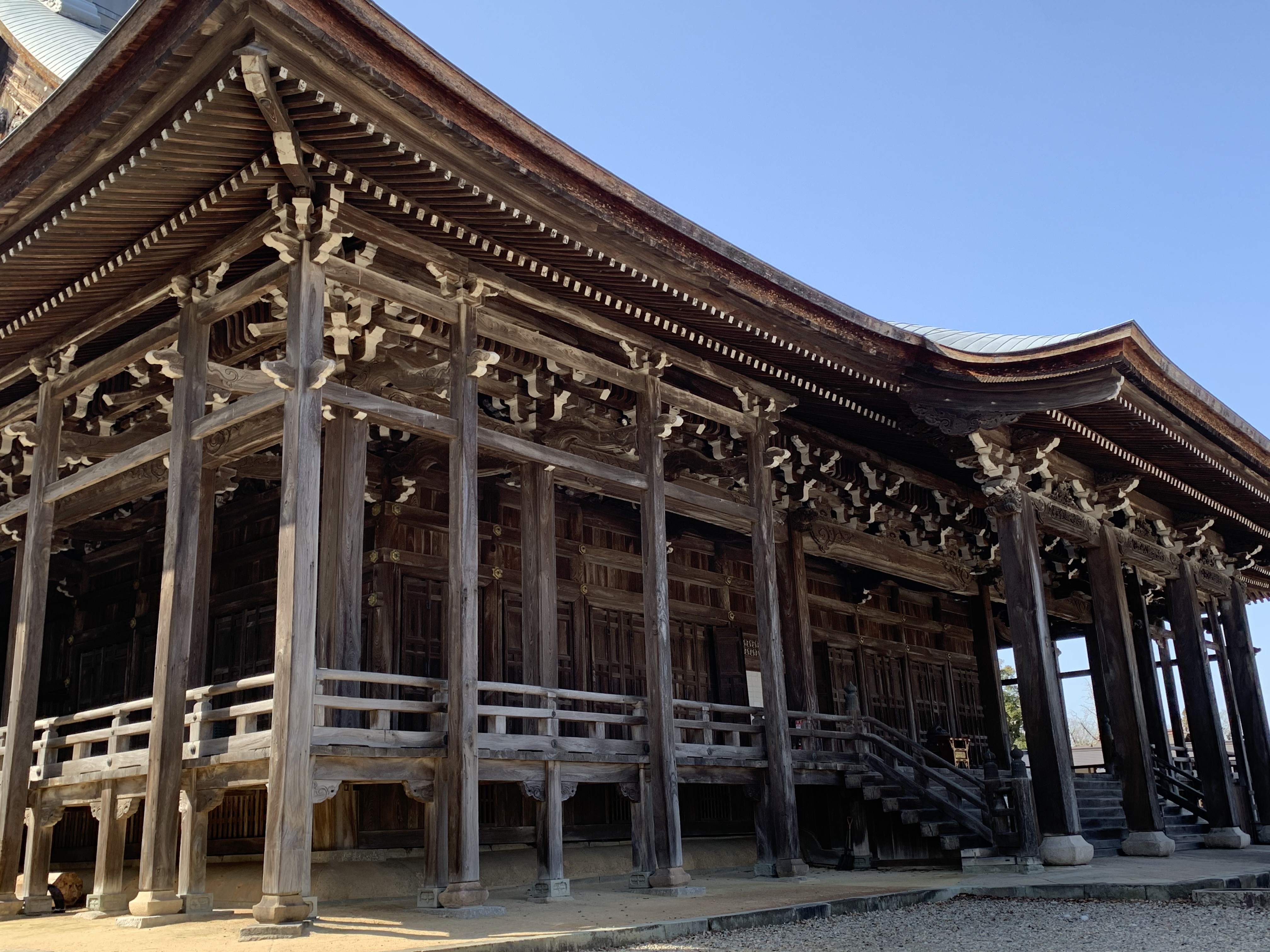 After 23 years, the major Heisei repairs have been completed!

Shōkōji Temple, located in the Fushiki district of Takaoka City, is one of Takaoka’s precious historical sites, with a total of 12 buildings, including the main temple building and Karamon, designated as national important cultural properties.

The rise of this vast Shin Buddhist temple dates back to the latter half of the 15th century, during the Sengoku (Warring States) Period. Shōkōji Temple, which boasted great power as a base for Etchū Ikkō Ikki (the Jōdo Shinshū Buddhist uprising), then moved to its present location where the Etchū Province government office of the Nara Period was said to have been in 1584 (Tensho Year 14). During the Edo Period, it maintained a close relationship with the Kaga Maeda Clan and constructed a magnificent temple, while being loved by the region’s local religious followers. 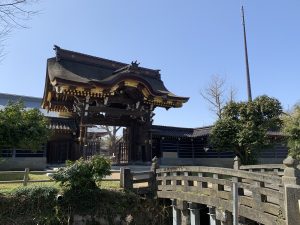 Karamon. Relocated from Kyoto, after going through repairs, the roof was changed to the Hiwadabuki style of a cypress bark roof with hinoki bark thatching.

Major repairs began in 1998 (Heisei Year 10). While repairing each building according to its level of damage, repairs have been carried out for the past 23 years with the aim of restoring the buildings’ appearance to the latter half of the Edo Period. All construction work was completed in September 2020 (Reiwa Year 2). The remaining moat and landscape maintenance were all completed in March.

General tours are already available, but let us introduce the sights of the temple. 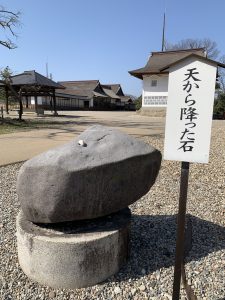 At Shōkōji Temple, there are “Seven Mysteries” that the monks have spoken of for some time. The above is one of them. 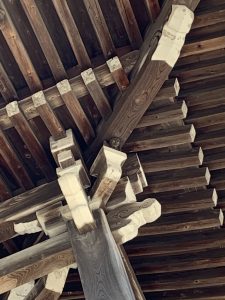 The monkeys that support the four corners of the main temple building, the “Amanojaku,” are also one of the “Seven Mysteries.” They are said to have the purpose of warding off evil, but it is rare to place Amanojaku (also known as antagonistic demons in Japanese folklore) as a support for the temple’s eaves. We invite you to come check out the real thing at the site. 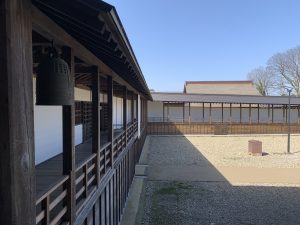 The long corridor connecting the main temple building and the head temple is also characteristic. It is divided into exclusive use for laymen and for monks. 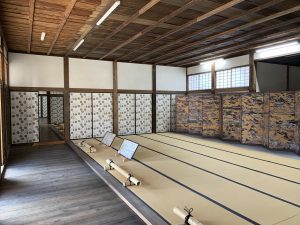 Shōkōji Temple is also famous for possessing many treasures. The prime example of this is Rakuchū Rakugai-zu, a collection of paintings and drawings that capture the great scenery of the city of Kyoto. You can view a replica in the study. We also want you to discover the gorgeous “Kugi Kakushi” (“Hidden Nail”) that can be seen in various parts of the study’s traditional Japanese architecture, particularly within the beams and columns. 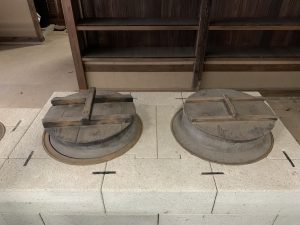 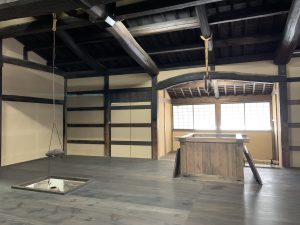 The kitchen area where all of the demolition repairs took place. It is composed of a wide dirt floor and wooden boards, and is furnished with a large kamado (traditional Japanese stove), a deep water well, and a sunken hearth. It is very rare to have a well above floor level. 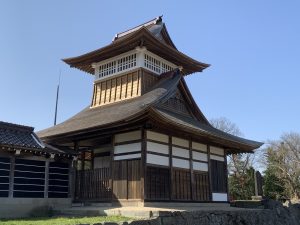 “Kodō” has a castle-like style and appearance. It was once the place where a drum was struck to let the monks in the temple know what time it was.

Shōkōji Temple, with its many buildings from the Edo Period that remain as they were, where you can enjoy the scenery of the Edo Period as if you are really there. A new audio guide has been introduced to coincide with the completion of major repairs. We invite you to use the guide in order to further understand the profound charm and attraction of the temple.

In addition, Fushiki also has other spots where you can revisit various time periods, such as the Kitamae Ship Museum and the Manyō History Museum.

How would you like to take a walk in the Fushiki district, while visiting Shōkōji Temple for a spring outing?