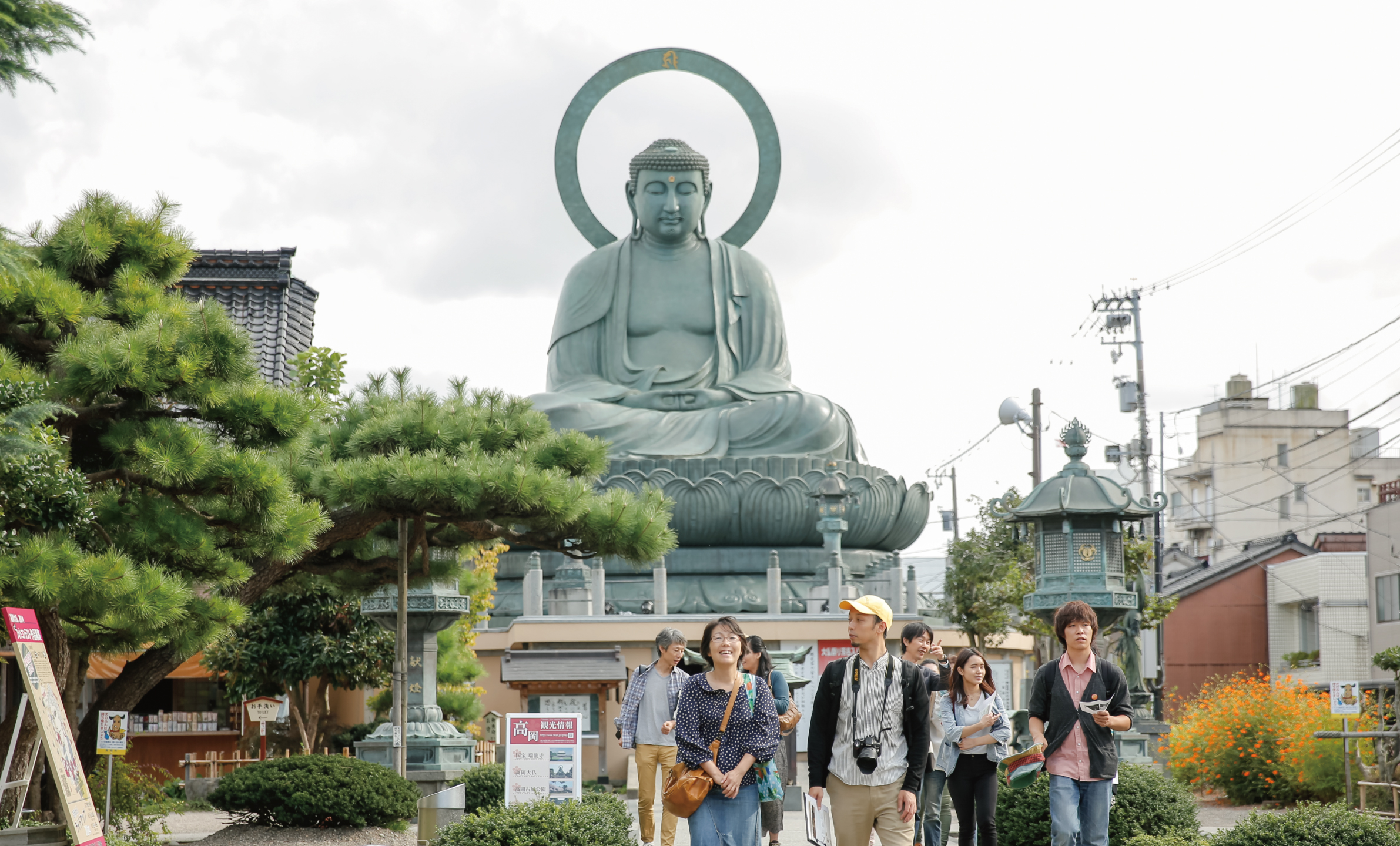 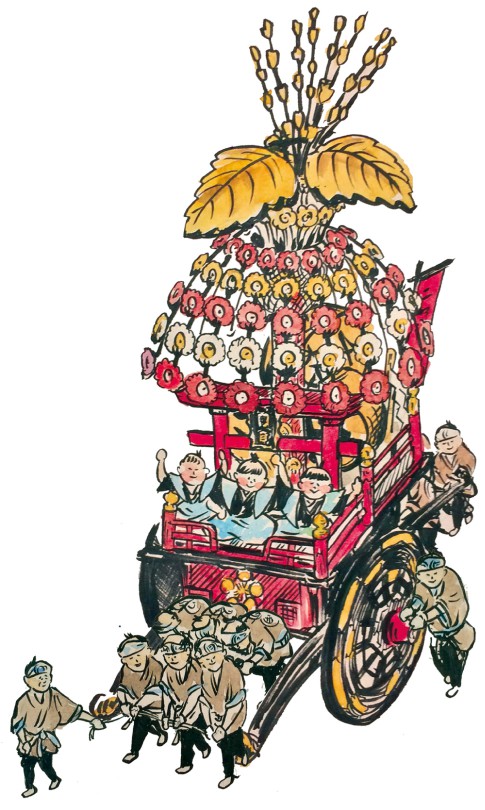 Takaoka, the major city in western Toyama Prefecture, was founded about 400 years ago by Maeda Toshinaga, the second head of the Maeda family and ruler of the Kaga domain. A thriving center of traditional industries, including Takaoka copperware and Takaoka lacquerware as well as modern industries like aluminum, chemicals, and pulp, it’s emerged as a town known for making things and one of the leading communities on the coast of the Sea of Japan.

With the opening of the Hokuriku Shinkansen high-speed rail line in March 2015, Takaoka has embarked on a new journey. Extolled in numerous poems by Otomo no Yakamochi, who was assigned the post of provincial governor during the Nara Period, Takaoka is home to numerous historical and cultural sites, including the Takaoka Castle Remains, Zuiryuji Temple (a national treasure), and the traditional streetscapes of Yamachosuji Street and Kanayamachi. Just as they did long ago, its festivals, including Takaoka Mikurumayama Festival, Fushikihikiyama (Kenkayama) Festival, and Fukuoka Tsukurimon Festival, radiate the vitality of today’s townspeople.

Through the creative efforts of individual citizens, our goal is to make Takaoka a Culture Creating City by building on its own unique cultural identity, learning more about the history and culture that underlie life in the city today, and creating new vitality for the city of the future. 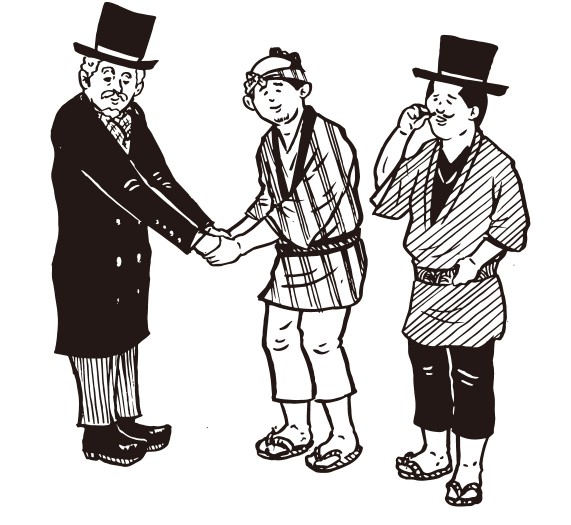 The sources of Takaoka’s cultural creativity: No. 1

Cultural diversity resulting from a history of diverse coexisting cultures

Historically, Takaoka has thrived as a trading center and a transportation hub. In the process, a wide range of cultural events has developed and been handed down to us today. Examples include the Takaoka Mikurumayama Festival, Goinsai, Tsukiyama events at Futagamiimizu Shrine, the Fushikihikiyama (Kenkayama) Festival, and shishimai (Japanese lion dances).

As a territory of the Kaga domain, Takaoka also has deeply rooted cultural traditions associated with that domain, including the tea ceremony and Noh drama. Many townhouses in the city have tea rooms. Even today, the culture of the tea ceremony plays an important role in everyday life, as people enjoy matcha (powdered tea) themselves or serve it to guests.

Takaoka also attracts considerable attention for events related to manufacturing and crafts. Diverse cultural traditions established over its history continue to make the town an exciting and fascinating place today.

Takaoka is home to a wide range of fascinating festivals, from the Mikurumayama Festival and its competition of beautiful ornate floats to the stirring Kenkayama Festival.

With a history that dates back more than 400 years, the Takaoka Mikurumayama Festival symbolizes the culture of Takaoka townspeople. The site of the beautiful, ornate floats weaving their way through the city streets recalls historic picture scrolls. The Fushikihikiyama Festival—also known as the Kenkayama Festival (kenka meaning a scuffle)—is a stirring, intense event befitting an old port town. Takaoka is also home to various other events, handed down over the years and with strong roots in the community, including the shishimai dances held in more than 160 locations and Tsukurimon Festival, a festival with a 300-year history, whose purpose is to express gratitude for abundant harvests.

In Takaoka, traditional crafts like metal casting and lacquerware and cultural activities related to the Kaga clan still survive today, and new objects, articles, and products continue to be made.

In addition to the traditional crafts of metal casting and lacquerware that have thrived here since the town’s founding by Lord Maeda Toshinaga, Takaoka is also home to deeply rooted cultural activities associated with the Kaga clan, including the tea ceremony, flower arrangement, and Noh drama. Every autumn, the 400-year-old metal-casting district of Kanayamachi hosts the Kanayamachi Rakuichi market. Other must-see events include the Arts & Crafts City Takaoka Craft Competition, which attracts entries from across Japan, and the Takaoka Craft Ichiba-machi, led by local residents.

The sources of Takaoka’s cultural creativity: No. 2

A history and tradition of making things that live on today

Takaoka’s history of manufacturing and crafts can be traced back 400 years to when Lord Maeda Toshinaga invited seven metal casters to the castle town and granted them land on which to ply their trade. Thanks to the patronage of the Kaga clan and the efforts of the townspeople, Takaoka’s metal casting industry flourished. Today, the city holds a more than 90% share of the market for copperware in Japan.

Thanks to abundant hydroelectric power and the foundations of its casting techniques, Takaoka evolved into one of Japan’s leading aluminum producing centers. In this way, it became a city that fuses traditional crafts and modern industry. Its invaluable historic buildings and townscape, including Zuiryuji Temple (a national treasure), Shokoji Temple, and the Yoshihisa district, as well as Yamachosuji Street and Kanayamachi, are key community treasures. 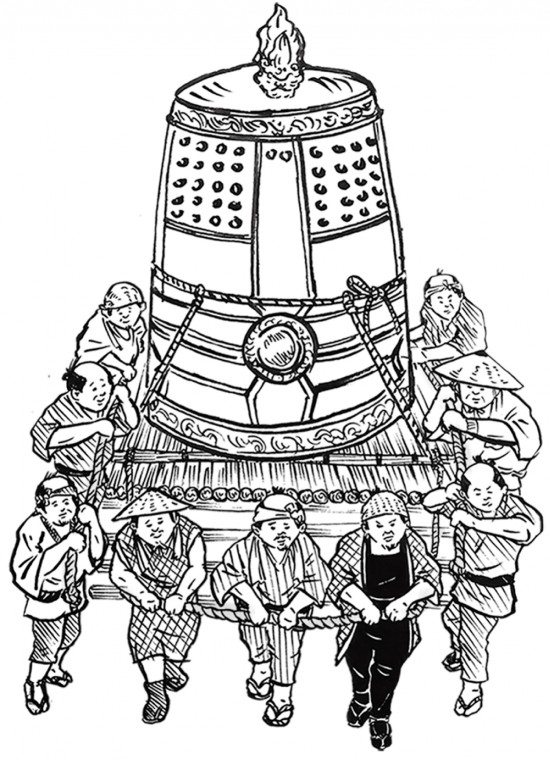 A history and tradition as a town known for manufacturing

A town known for manufacturing

Takaoka’s manufacturing sector has been tapping into international markets from the days of our ancestors during the Edo and Meiji periods to today, drawing on the town’s sense of beauty and on the latest technologies.

As a town known for manufacturing, Takaoka fuses traditional crafts like Takaoka copperware and Takaoka lacquerware with aluminum and other modern industrial materials and processes. Takaoka copperware was widely exported during the Meiji Period. Even today, it’s highly popular in both domestic and international markets for products that fit today’s lifestyles. Takaoka lacquerware has developed its own unique techniques, including yusuke-nuri, aogai-nuri, and chokoku-nuri lacquerware. It also held the leading share of the Japanese market during the Meiji Period.

A history and tradition as a town known for manufacturing

Takaoka has a distinct townscape, thanks to priceless historic buildings in which people still live and the historic sights visible here and there in the town.

Even today, Takaoka is home to numerous historic townscapes. The rows of storehouse-style houses in Yamachosuji Street (Important Traditional Buildings Preservation District) and the rows of townhouses with senbon-goshi (a great number of window lattices of evenly spaced timber bars) in Kanayamachi communicate the culture of Takaoka’s citizens and its history of manufacturing. People here seek to preserve and put to effective use the city’s treasured sights, including treasures like Zuiryuji Temple, Shokoji Temple, and the Yoshihisa district, once a center of the rice trade. 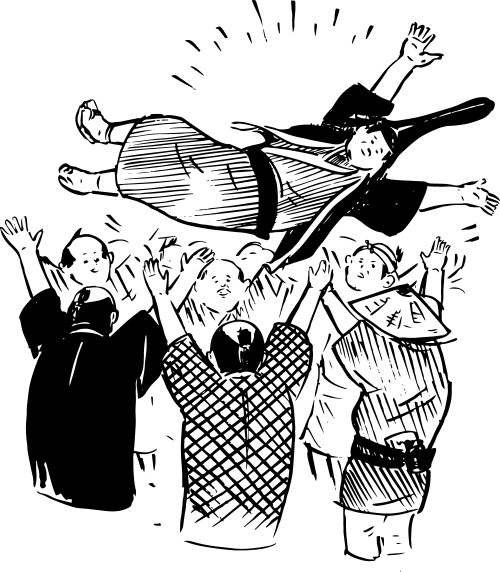 The sources of Takaoka’s cultural creativity: No. 3

People in Takaoka strive to make their historic city an even more interesting place. Thanks to fertile farmland and the natural blessings of the sea, mountains, and rivers, Takaoka emerged as a central city of the Hokuriku region. With high real income, a strong economy that makes it relatively easy even for young families to own homes, and a comfortable living environment, it’s an ideal place to call home. A strong sense of community continues to thrive here today. People continue to support each other while cherishing community and family ties. Alongside a keen awareness of the influence of the Kaga clan, Takaoka’s citizenry express a progressive spirit that’s helped create their own culture and inspire new culture, art, and values over years of change.

Supporting each other while valuing community and family ties

In the future, in a town characterized by numerous energetic and passionately engaged citizens, Takaoka will continue to be inspired and driven by the power of the community.

Even today, neighborhood activities, neighborhood associations, local government, and other community activities remain remarkably active in Takaoka. It’s a town where a sense of community survives, where people support each other while cherishing community and family ties. The community continues to grow more vibrant, as new future-oriented community development efforts and events that attract attention from both inside and outside the city complement traditional festivals and other events.

People represent the key linking tradition and the future. There are high expectations for the younger generation who will build the Takaoka of the future.

Located in Takaoka, the University of Toyama Faculty of Art and Design serves as a center for research on arts and culture as well as creative activity and exchange. Students and graduates breathe new life into Takaoka’s culture. At a total of 40 elementary, junior high, and special needs schools in the city, Manufacturing/Design Courses have been set up to provide students with the opportunity to learn about and try their hand at the region’s traditional culture and techniques, including Takaoka copperware and Takaoka lacquerware.