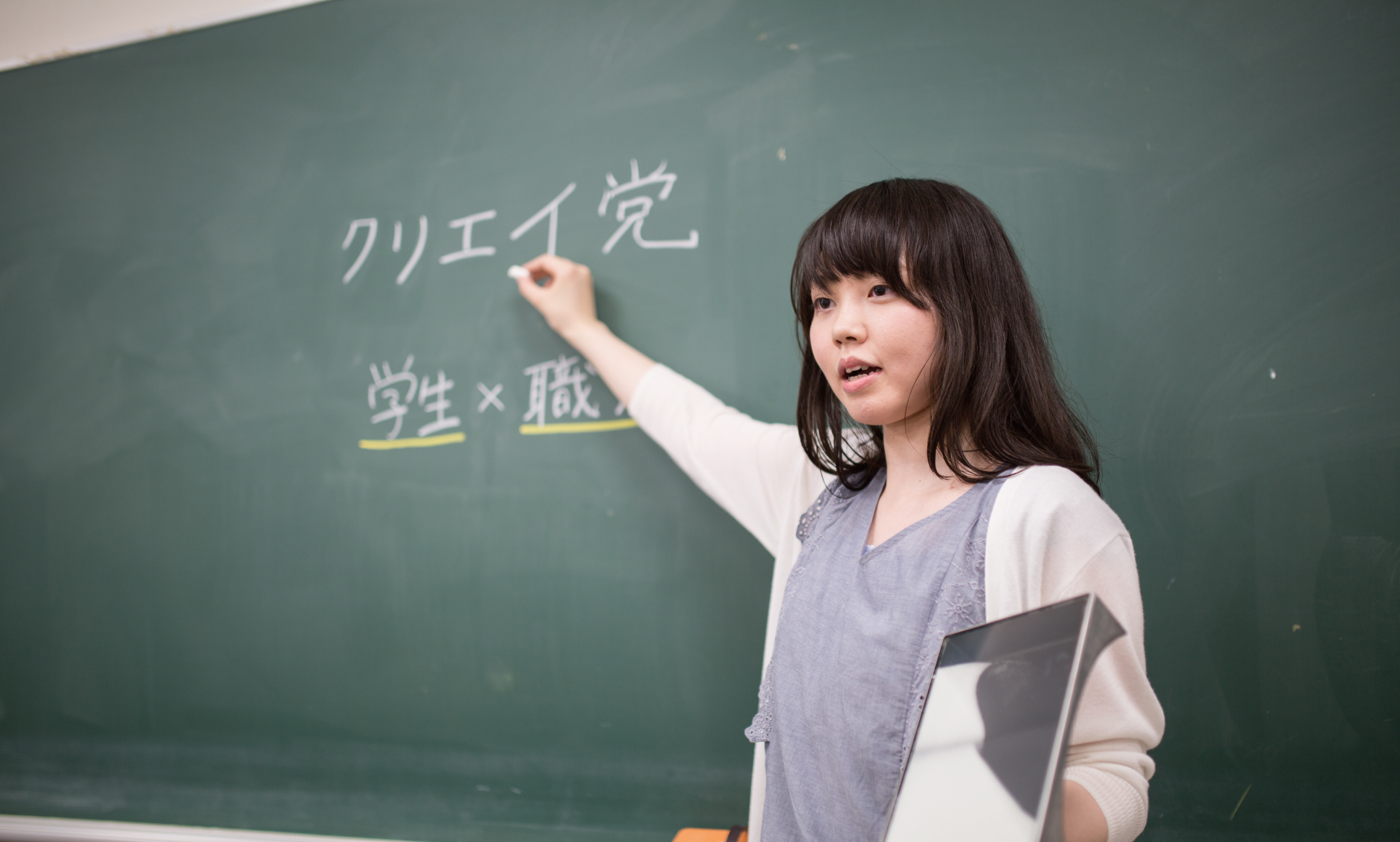 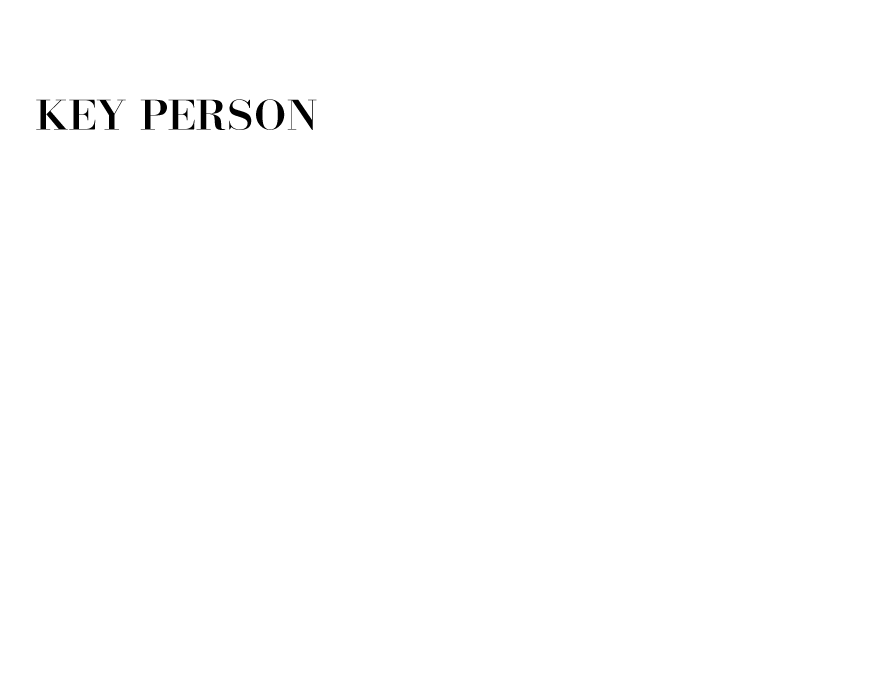 What I’ve learned in my time as a student

While reflecting on community and ways to bring people together. 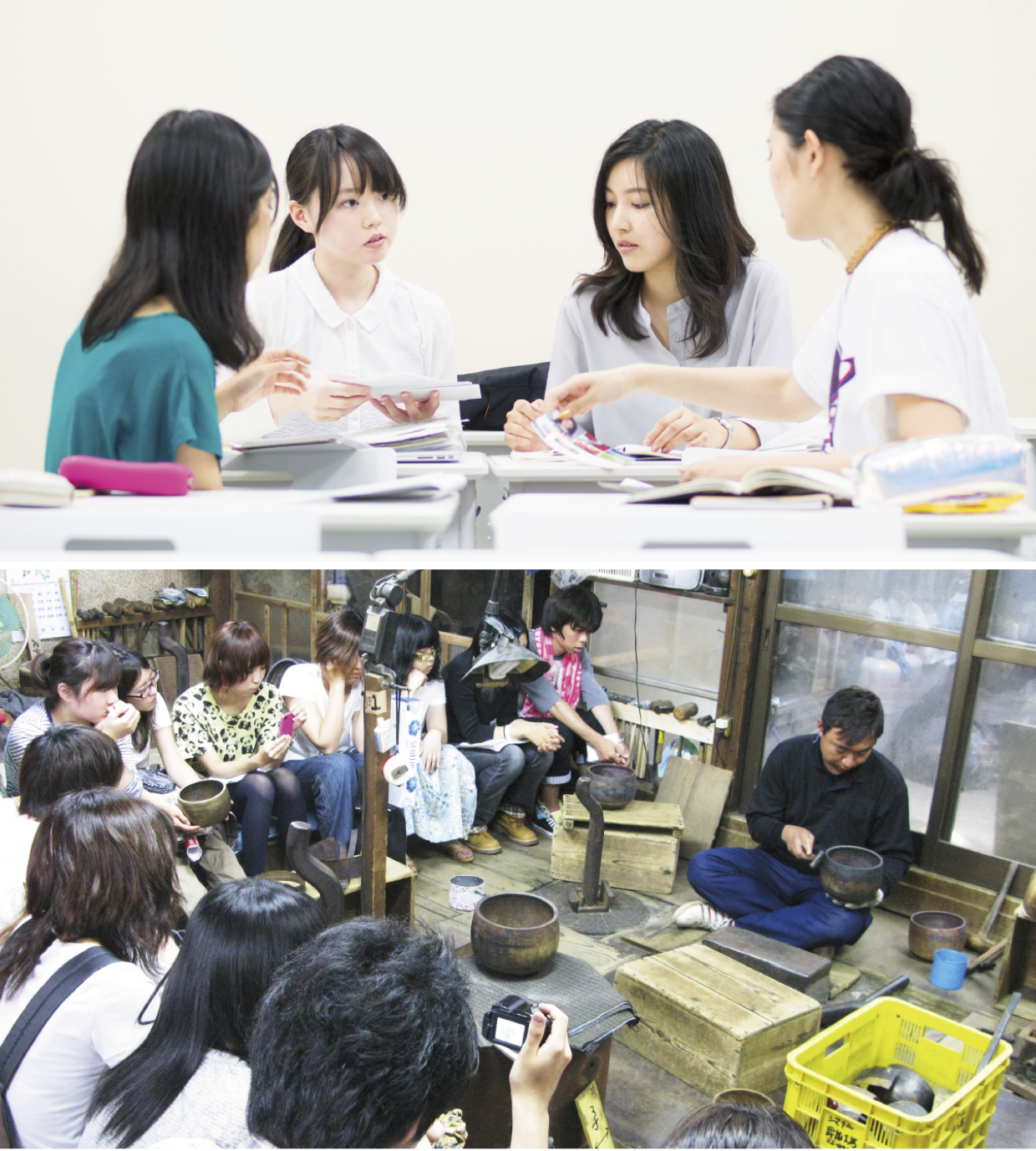 Building on ideas for making things while learning about the workplaces of craftspeople. 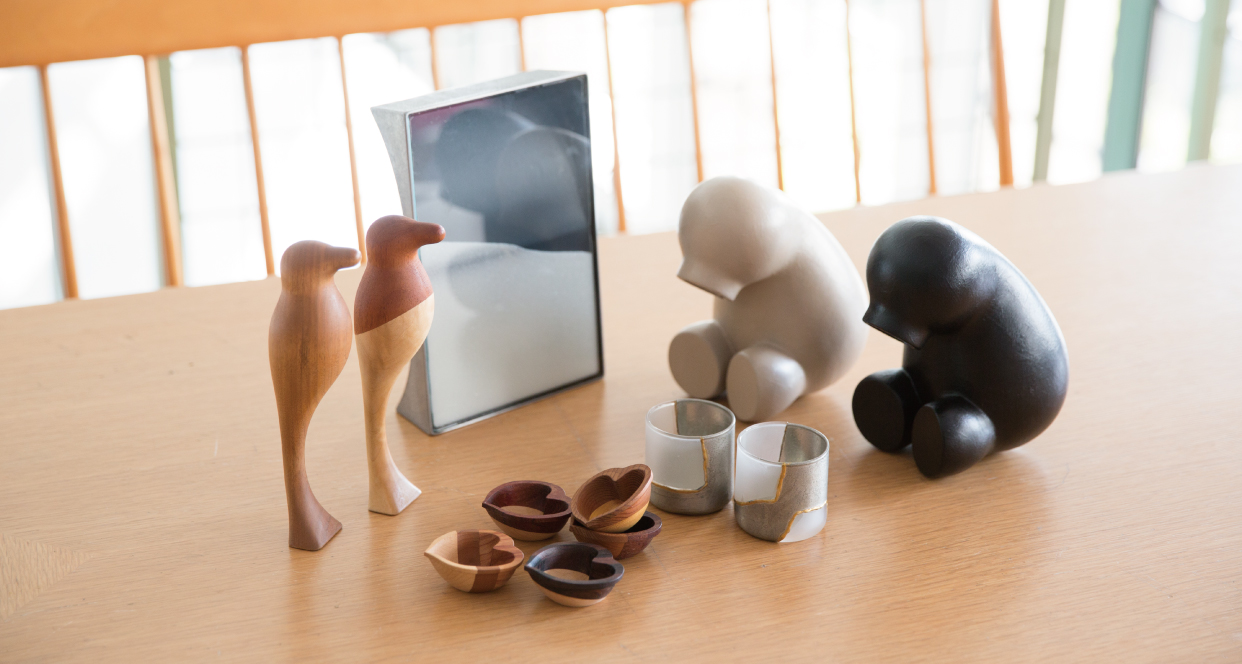 Works by Creatou. The organization creates a rich variety of works through repeated trial and error, in collaboration with craftspeople.

Mei Ito is a university senior in the University of Toyama Faculty of Art and Design in Takaoka, mainly studying Communication Design, a field that involves designing interfaces between people and things and connections among people. She’s active in the student organization Creatou, in which she served as representative until the summer of her junior year. In these and other ways, she’s spent her time as a student while playing a role in the community of Takaoka.

Creatou is an organization in which craftspeople from Takaoka and students make things together. Rather than simply making things for fun, the goal is to win selection as entries and to win prizes in the annual Takaoka Craft Competition. Since Ms. Ito became its representative, Creatou has stressed taking the time to encourage members to get to know each other. Craftspeople and members of the organization get together every week to make presentations.

After becoming painfully aware of the importance of concept in the art school she attended as a high-school student, Ms. Ito decided to enroll in the Design and Communication Course of the University of Toyama Faculty of Art and Design to learn about concept making. In fact, she says, she joined Creatou because she sensed the draw of being involved in the entire sequence of tasks, from concept making to actually building things.

“When I entered university, I wanted to study graphic design. But after joining Creatou, I realized the importance of the reasons behind making something and the parts corresponding to the axis along which something is made. After that, I started thinking maybe there wasn’t necessarily on need to focus on two-dimensional design alone.”

She became Creatou’s representative during the summer of her sophomore year, which gave her the opportunity to meet people whom she would not have been able to meet otherwise. She came to sense the difficulty of managing an organization while considering each member’s feelings. After learning how much fun it could be to advance projects while communicating with others, playing all the necessary roles including management, making things, and handling publicity, she decided to major in Communication Design.

“Since Creatou also involves the participation of craftspeople, rather than simply making whatever we want, it’s important to act while thinking about Takaoka. That led me to worry about how I could deal with people’s different ideas. Instead of simply telling people what to do top-down, I tried to bring together the views of all our members and find solutions through mutual dialogue.”

With plans to graduate in March 2017, right now she’s working on her graduation project on the theme of traditional Takaoka industry. She plans to begin working at a company related to the field of architecture in Tokyo in the spring. “In the future, I’d like to create places from the approaches of both tangibles and intangibles,” she says, eyes brightening. “Someday, I hope I can work with Takaoka again.” This suggests the influence of the craftspeople she encountered in Takaoka, who encouraged her to broaden her scope of activities by leaving the prefecture but someday to work for Takaoka.

“I’m happy to have met so many people I respect during my four years in Takaoka. The idea that someday I can work with those people as equals makes me eager to start my career. Right now, I feel I need to do the best I can so I can catch up to them.” 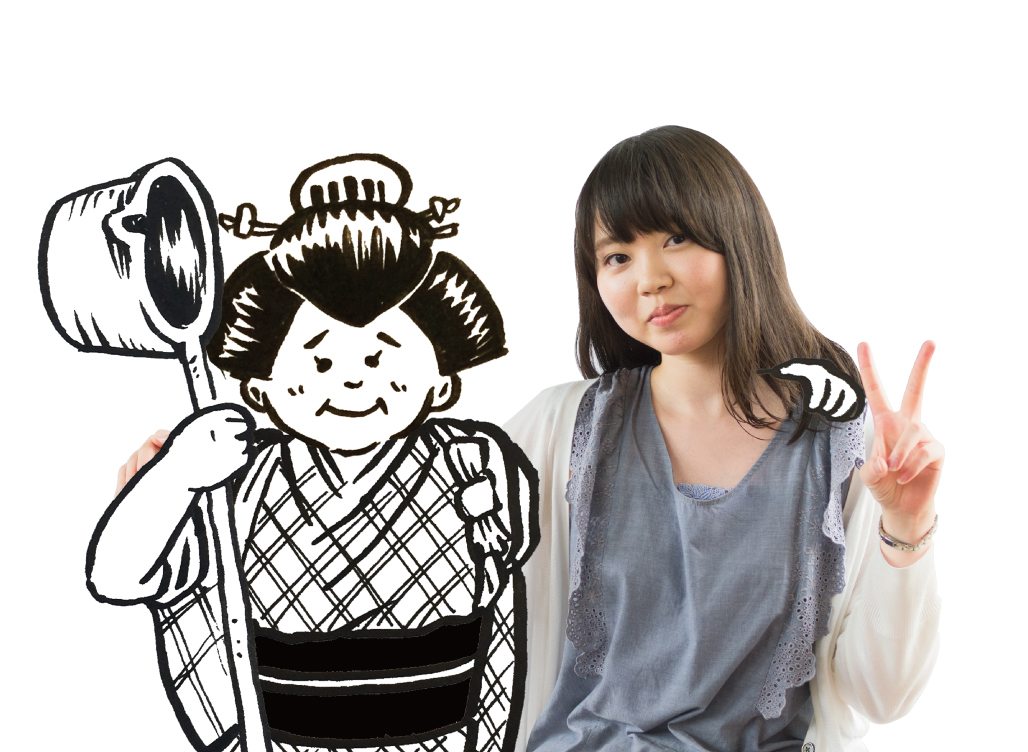 Originally from Yamagata Prefecture, in 2012 Ms. Ito entered the University of Toyama Faculty of Art and Design, where she’s currently a student in the Design and Communication Course. She served as representative of Creatou, a student organization in which students and craftspeople make things together. She also serves as a concierge during the Takaoka Craft Ichiba-machi, an autumn event in which people enjoy crafts citywide. In these ways, she has spent her time as a student deeply involved in the community of Takaoka.